Open Arms Infant Homes came out of lockdown in October and since then the team have been working hard on restarting services that were paused and looking at the longer term impact of Covid 19 on Open Arms.

Staff who were living onsite have all enjoyed some well deserved time off and staff unable to work during the lockdown have now been welcomed back on site. The team have been focused on protecting children and staff from the threat of the virus and keeping as much support available for children and families in their communities as possible. 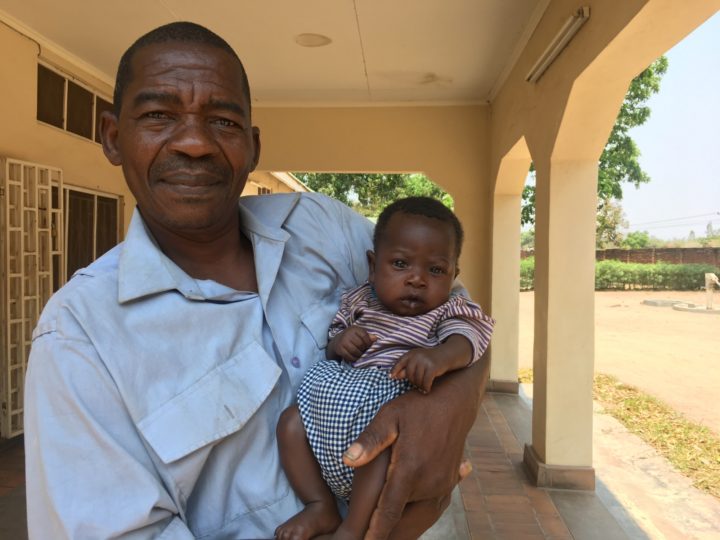 Davie is one of the children in Mangochi who is really thriving thanks to the care, nutrition and love he has received since he was welcomed twelve months ago. He was born in July 2019 in Traditional Authority Mponda - Mangochi District. His mother was very poorly and unable to properly look after him. The family members were also poor and not able to provide for him. When he came into the home, he was being fed water with some sugar added in a desperate attempt to give him energy.

Davie responded well to his care and drank hungrily from the bottle when he arrived. He was put under strict nutrition monitoring the first 6 weeks in the home, which allowed him to build up his strength gradually under close supervision.

As he grew, his development was slow due to the malnutrition during his early days. However, he finally started to use his fine motor skill and recognise simple sounds like his name. Over time he began to look at familiar objects and people when named and he responded to simple directions like “come here”. When he started to communicate wants and needs like reaching to be picked up, there was no stopping him!

One year on from his admission, he is a healthy little boy weighing 8 kgs. He eats an increasing variety of foods. He uses an open cup and enjoys soft-cooked vegetables, soft fruits and finger foods like banana slices. 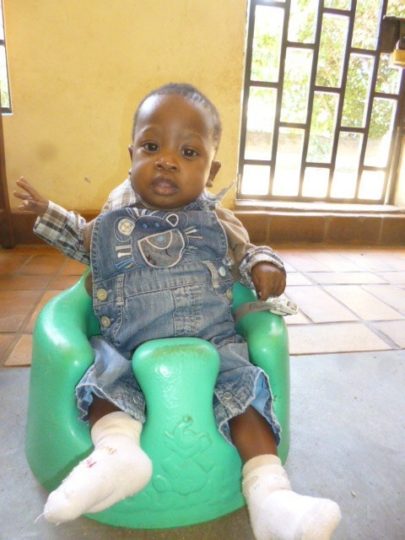 Look at him now!

Davie's sponsorship has provided a reliable source of support for him, allowing us to plan for his future. It costs over £3,000 to care for a child in one of our infant homes for a year and child sponsorship contributes to this through monthly gifts. If you would like to find our more about sponsoring a child's care in Malawi please visit https://www.openarmsmalawi.org.... 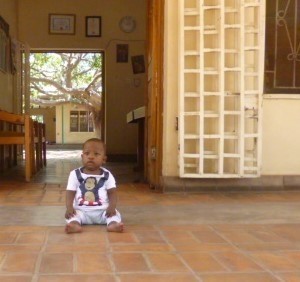 Meeting the growing need for funding is an ongoing challenge and despite our best efforts many of our fundraising channels have been impacted by the pandemic this year. Events have been cancelled, visits have been paused and activities and meetings have been put on hold indefinitely.  We are incredibly grateful for all of your support and continue to be touched by the determination and commitment of our fundraising community to provide the care needed by children like Davie.

However, our team are now faced with some difficult long term decisions as we reshape Open Arms to work within the funds now available.  There have been some small changes within our Blantyre Infant Home and over the next few weeks we will be adapting services in Mangochi too. Sadly this will result in a reduction of staff but it will also mean that we can continue to offer vital residential care for babies at high risk in the two locations of Blantyre and Mangochi. We will continue to provide community outreach support for children who have returned home to make sure each and every reintegration is a success and children are supported in their transitions home. It is an uncertain time but we are committed to doing everything we can to support our team in their ongoing planning and vital work.

We'd like to send a huge thank you to all the staff who will be leaving our team in Mangochi they have made a great contribution to the lives of vulnerable children and will be missed by the rest of the team. With your help we will continue to support Open Arms Infant Homes in helping as many children as they can through this difficult time.