Open Arms was even more of an exciting experience than I had hoped for, and I adored spending time with everybody there. 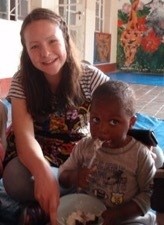 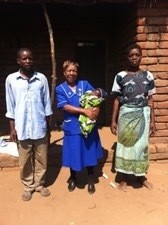 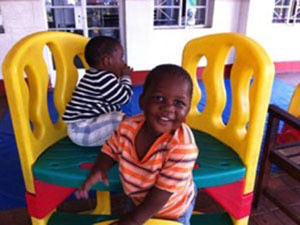 Open Arms was even more of an exciting experience than I had hoped for, and I adored spending time with everybody there. Once I arrived, I felt welcomed and happy to be in Open Arms. What struck me most on the first day was just what a happy and vibrant place Open Arms is; I felt really lucky to be watching change happening for the children.

One of my favourite memories is of a few of the toddlers dancing as the caregivers sang. I had a very exciting second day, since I joined Mrs Phiri on a trip to collect a baby who was being taken into the care of Open Arms. It was around an hour’s drive to get to the village. This was the first time that I had been to a village in Malawi before, and although it was as I had seen on documentaries and photos, it felt very striking to be in a real situation that I had only imagined.

We were welcomed graciously, and the baby was brought back to Blantyre in the vehicle, in his Grandmother’s arms. Before we left, I took a photo of the children with Mrs Phiri, and the children loved looking at it. It feels humbling when such small things for me to do can give somebody else so much joy. I felt privileged to have been able to see Open Arms ‘in action’: helping communities and providing support.

I had a really enjoyable time meeting the children at Harrogate House, too. They are great kids and always wanted to play. I also spent time with the young people at Richmond House for part of a day. As I watched their lessons, I felt so happy that they are receiving education. All of the young people were so friendly and welcoming, and it was special to be with others of my own age.

I realised that we have things in common, even though we live in entirely different places. I wish them all the luck for the future that they have ahead of them. As I expected, there were many parts that really struck me whilst I was at Open Arms.