Jeremy Stokes is cycling Prudential Ride 100 in August this year, in aid of Open Arms Malawi. In his third blog post, he writes about the reality and the anticipation of his forthcoming cycling challenge 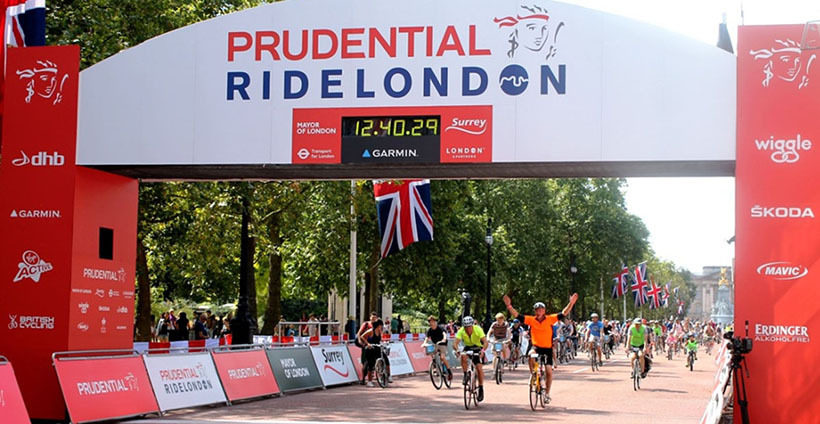 Two weeks before RideLondon and it’s all getting a bit more real now. Almost daily emails from the organisers with start-times, sign-in instructions, nutritional tips etc etc. Training has so far largely been going well. I ventured out to the New Forest in late-June for a 97-mile event that sweltered in a low-30-degree heat which, as I type this out, has comfortably been shattered as the hottest day of the year. I can’t pretend that is was a tremendously comfortable day in the saddle and it was a massive challenge just to try and keep drinking enough water as the sun beat down and the resident ponies hid away in the shade, but the legs felt okay. I even followed up a week later with a shorter but far hillier event in the Midlands. All on track.

And then a short work visit to East Africa and, despite best efforts, a couple of tell-tale insect bites. A ‘touch of the malarial’ as an overseas colleague one described it. Suitably medicated, I was still a bit nervous when I went out today for a bit of a spin having volunteered to lead a reconnaissance of parts of the course for others taking part in the Ride. Living in southwest London and heading out into the Surrey Hills every few weekends means I am pretty au-fait with the route but that’s not the case for most people, even those who live locally to me and as we wheeled out there was a bit of trepidation. Most of that comes from anticipation of ‘the hills’ on the course. Most people fear ‘the hills’ and even the most experienced cyclists find that riding your bike up an incline doesn’t get any easier, you just get slightly better at it. Good news is that the hills on the RideLondon route really aren’t that bad and they’re only a small part of the route – packed into less than 25 miles of a 100-mile route. Focus over-much on them and you risk not giving enough thought and concentration to the rest of the ride but, most importantly, you won’t allow yourself to enjoy and experience the event to the best extent.

Today’s recce did however focus mostly on this hillier part for a good reason. Accessibility. RideLondon starts out in the Olympic Park before funnelling across East London to the centre down a large, busy dual carriageway. If that isn’t closed to cyclists on a regular basis then it doesn’t take a wild flight of imagination to consider the possibilities. The central London part of the route might be, erm, interesting to tackle on one of those hire bikes but I’m not sure you’d learn overmuch about the course from your venture.

So, me and crew are picking up the route at Richmond Park (21 miles in), which the weather and school holidays has transformed into a procession of moving vehicles with the occupants leaning out the windows pointing at the Park’s resident fallow deer as if they have just spotted one of the Big 5. 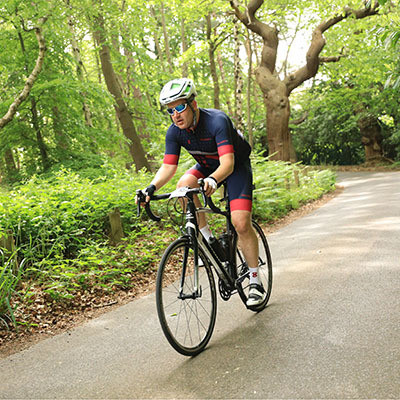 From there, we head out past Hampton Court and into Surrey. Most people have a view of Surrey as being affluent stockholder belt territory and the next 20 miles won’t do overtly much to persuade anyone different as the suburbs get out-stripped and we go into villages more well-heeled than a pair of boots freshly picked up from Timpsons.

We emerge onto the not-beautiful A25 for an encounter with our first lump of the day, Newlands Corner, a long drag made more unpleasant for the cars whizzing by and the ‘Surrey Hills’ sign which confirms that your flattish riding is behind you for next few miles. Over the top and you can see the spine of the North Downs on your left as you whizz downhill. You’re into a different Surrey now, the one which means the county has the highest-percentage of wooded cover in the UK. Hidden away on your left is Silent Pool, known these days mostly for being the location of a boutique gin distillery named after a slightly ghostly looking spring lake located nearby. No time to stop for that today though as we speed along before flicking right into the woodland itself and a road through the Greensand Hills. We avoid the biggest of these for now as the route gently winds upwards through Holmbury St Marys, believed to be fictional village of Summer Street in EM Forsters’ ‘Room With A View’. It’s hard to believe but not everything was as prosperous as it looks these days. Years ago, this was comparatively inaccessible country located just on the edge of the City of London. Residents were not amiss to assisting with a touch of excise evasion and more than one house-purchaser has been surprised to find an unexpectedly commodious basement located beneath their property.

At this point on the route, and on this ride, everyone has started to go a bit quiet as we all know the biggest climb of RideLondon is about to hit. Leith Hill, highest point in South East England. There are eight different ways to climb Leith Hill on a bike and there is a ‘thing’ called the Leith Hill Octopus where people attempt to cycle up all of these roads in one day. Several people in my cycling club have done this ‘thing’. I have not. I once did three of the routes in one day which was more than enough to reduce my legs to solid outposts of pain and contemplating moving to Lincolnshire, Norfolk or anywhere pan flat.

The RideLondon route takes the main road up Leith Hill which I would say places in the middle of the eight-road order of unpleasantness. It’s a long drag with a couple of nasty changes of gradient. Once you pass a National Trust sign offering tea, cakes and jams then you’re about to hit the last of these changes and can then winch yourself up to the top. All those with me agree that it really wasn’t as bad as they thought, just takes a bit of patience and persistence. The reward is a nice, long drop down into Dorking which on event day is a lovely little morale-booster of waving flags and cheers. Today, not so much, more a procession of people heading to and from Waitrose.

Past Denbies winery (again, alas, no time to stop) and we get to Box Hill, the most ridden climb in the world, and probably the iconic part of the route -outside of arriving at the Mall.  After Leith Hill, Box Hill is a treat. Buttery smooth surface, a little steep bit before the bottom before it evens out into a nice regular gradient with a hairpin bend before great views below. On Ride day, you press on from here for the last 30-odd miles through the suburbs and back to London, including the jolt of Wimbledon Hill. Today we pull over on the right of the road as it flattens out and into the café located at the top, looking back over the hills and think about two weeks time.

My fundraising page can be found at: Virgin Money Fundraising