Jeremy Stokes is cycling Prudential Ride 100 in August this year, in aid of Open Arms Malawi. In his first blog post, he writes about his first visit to Malawi and the lasting impressions.

I first saw the countryside of Malawi whilst flying into the country on a plane from South Africa. From a pressurised metal tube at 30,000 feet, the landscape looked like a claustrophobic cluster of dark green forest, punctuated by slow-moving drinking chocolate-coloured rivers and the occasional smudge of orange where the land had been cleared.

The planes in-flight map indicated that below me there were towns, villages and roads but I couldn’t make out any of that at all. This was not the Africa of safari holidays, game drives, shark dives, vineyards that I had travelled from.

Nothing became any more familiar when I landed. A densely-packed and intensely hot arrivals hall, the punch of a visa stamp in the passport and an official examining my yellow fever certificate for an eternity before waving me through.

Out and beyond and driving away, I saw my first taste of the Malawi on the ground. Maize fields, charcoal sellers camped at the side of the road as a man on a bike of considerable vintage weaved along carrying an immense stack of wood piled in a pyramid attached to a cart behind him 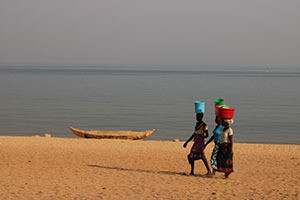 My time on that visit, as it was on a subsequent trip, was relatively short but the impact was strong. Some of the friendliest, warmest people I have ever met who are living and surviving in very challenging conditions, even by the East African standards which I have come to know well.

At the back of my mind was the impulse I would like to do something that might help those that I had met and seen.  It was an impulse that, to my discredit, I did nothing to act on immediately. It was only now then that I set about planning to take part in this year’s RideLondon (not, I must add, with a stack of wood behind me on a cart) and identifying a charity that I would like to fundraise for.

I was immediately drawn to Open Arms. Would they have me? I was very fortunate that they would and, in addition to raising funds to help their wonderful work, they asked me to keep a blog on the build-up and preparations towards the ride. So here we are, the first of an instalment as we build towards the event at the start of August.

Full disclosure – it is an event that I have participated in before so this won’t be an ongoing diary of ‘Will I make it/won’t I?’ anxiety. At least no more than you would expect of anyone planning the relative novelty of how to take part in the event which will entail spending the equivalent full working day sitting on a bike when they are more built for sitting at a desk. 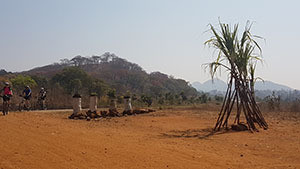 Rather it will hopefully be something that will encourage others to pick up their wheels and take to the road in support of Open Arms and their exceptional work.

I look forward to sharing the stories with you as we head towards the event.

My fundraising page can be found at: Virgin Money.

We would like to thank Ben Walls for the use of his images that he took on the Cycle Malawi 2017 Challenge.