Swimming 65km around Bermuda…for fun…is he serious? Yes.  Dmitri Haas was very serious - but it was for two great causes!

In June this year, Dmitri set his sights on swimming 65 kilometres (40 miles), which he planned to complete over six stages, with each stage being between 11-12km.

As an experienced open water swimmer, Dmitri has been taking to the waters surrounding Bermuda for the past five years, however, he admits there is a slight difference swimming for leisure and enjoying the warm temperatures of the Bermuda waters, to a focused swim where every kilometre counts!

The swim was planned to follow the Bermuda coastline, with each stage following a different pattern.  All adding up to conclude in a full circuit!

(You can check out his exact swim pattern HERE).

Many fundraising events take place to remember someone or something special, as well as to sometimes say a truly heartfelt thank you. This was the case for Dmitri, he dedicated his swim to his friend Nicholas Marriott, who sadly died of Pancreatic cancer in January 2014.

Nick was a long-time supporter of Open Arms Malawi, where he lived from 2000 to 2004. During his time there, Nick became a close friend of Open Arms.

The impact that Open Arms Infant Homes and the children he met in Malawi had on Nick encouraged him to continue to be part of the charity.

Nick’s passion, stories of the children, and dedication to worthwhile causes are what drove Dmitri to continue to raise funds, and to also make a tribute to Nick’s commitment to those in need.

To swim 65 Kilometres is an achievement in itself. Finding the motivation to get up every weekend for three consecutive weeks and swim the impressive 12 kilometre goal for each session, and then walk back home afterward, well that really does show determination and dedication! 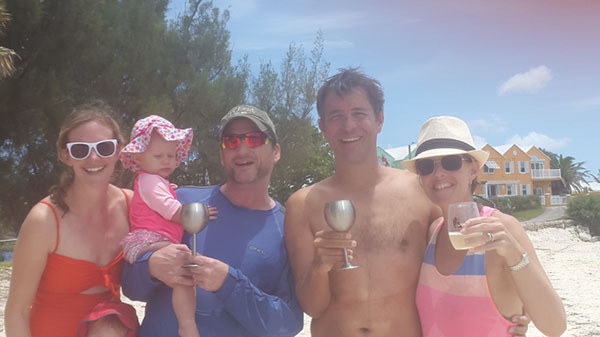 We’re pleased to say that Dmitri completed his fundraising challenge and as well as raising money for Open Arms Malawi he also raised vital funds for Agape House, a Bermuda Hospice.

Dmitri’s story is awe-inspiring, and if you would like to support Dmitri further, please check out his Just Giving page

Are you inspired to rise to a challenge?  You can see some more stories and have a look at our challenge events.