Goodbye but not forever!

This year has seen Dilys Taylor, our long serving Treasurer in Malawi, retire after 22 years of carefully keeping the books and payroll for Open Arms Infant Homes.  Here, she reflects on the charity and how she got involved.

‘It all started in the early 1990s when a member of a local church asked a friend of mine, Davona, to look after his baby as his wife had died in childbirth.

The father could not afford formula milk and needed help until he could care for his child properly.

From that day, similar requests followed which were too much for one women to cope with. The church then provided a rent free house with 12 employees as nannies and ground staff for all the children.

The AIDS epidemic was at its height and initially with no antiretroviral drugs available for either pregnant women or children, there were many deaths. 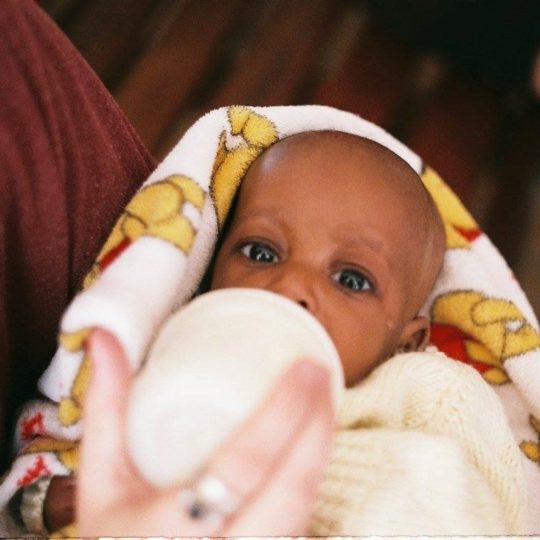 Sadly, many family members were not contactable and staff had to take on the heart-breaking task of burying the babies high on a local hill. Some staff suffered too, and though we tried to help, some would not take the medicine provided or would use money for other much needed items.

Support from around the world

Donations came from across the globe.  They ranged from $5 to $25 and the first regular donations began.  A Sunday School class for disabled children sent a monthly donation for at least 15 years and enjoyed the “thank you” letters and newsletters sent in return.  Life at Open Arms was a hand to mouth existence but somehow money always arrived when it was most needed.

In 1999 the director’s house was built as we needed full time support. Neville and Rosemarie Bevis arrived in August 2000.  They threw themselves into Open Arms wholeheartedly and the whole scene changed.  They funded themselves apart from airfares and a house with basic furniture.  However, money raised by Ashville College and the kind-hearted people of Harrogate soon followed, improving everything.

Open Arms Malawi was up and running in the UK and we were no longer begging or borrowing second-hand equipment.

With a dedicated focus on fundraising, care staff salaries increased and specialist staff such as a matron and driver were employed.

The home transformed, with the carport converted into a laundry, the large khonde (veranda) being built along with the isolation room, two new baby bedrooms and an additional bathroom. 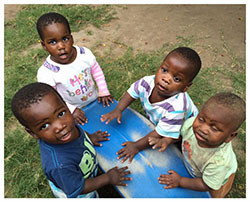 Connections grew and volunteers arrived bringing expertise in many forms. A matron’s house and a volunteers’ house were built, extending the care available on site.

It was always the purpose of Open Arms to be a transition home where children would return to their families.  But with HIV being prevalent across Malawi, there was often no family left or none that could afford to feed and clothe another person.

On one trip to a village in a year with a very bad harvest there were no adults around and the children were eating mud.  Babies who could not be returned to the family needed somewhere to live and one of the newspapers in Harrogate ran a slogan “Ten Thousand Pounds in Ten Weeks” to raise funds to build it.  They did just that and Harrogate House, our purpose built toddler house, was created.

Sadly, Rosemarie became very sick and returned to UK with Neville.  A period of uncertainty followed but there was always someone as acting director, and in between we were fortunate to have dedicated volunteers.

The security of a family

All these children were now able to attend private primary and secondary schools living life as a normal family in Blantyre. 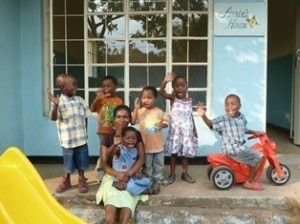 Development continued with the opening of a new infant home in Mangochi which was much needed in such a poor area.  After a rocky start with staffing, it is now settled with an administrator and matron in place.  The children at this home return to their community when they are strong enough and community support is a huge focus.

Neville Bevis retired in 2017 having transformed the charity.  He set in motion annual visits from schools in both UK and America and formed good links with corporate partners.

Charlie McCaulder started as director in 2016 and is making firm plans to keep the home functioning well into the future.

It has been such a challenging journey for Malawi over the past 20 years but the birth of Open Arms and the fantastic support from so many sources has transformed the life of many babies and children. I have an incredible amount of fond memories of the people and huge achievements during my time and I hope that this fantastic cause continues to thrive long into the future.'

It is hard to sum up the history of Open Arms in one piece but Dilys’s account gives a great insight into how far Open Arms has come.  We would all like to congratulate Dilys on her retirement and thank her for the part that she played as well as her commitment and dedication.

To see more stories of the impact that Open Arms continues to have, you can sign up to our newsletter. 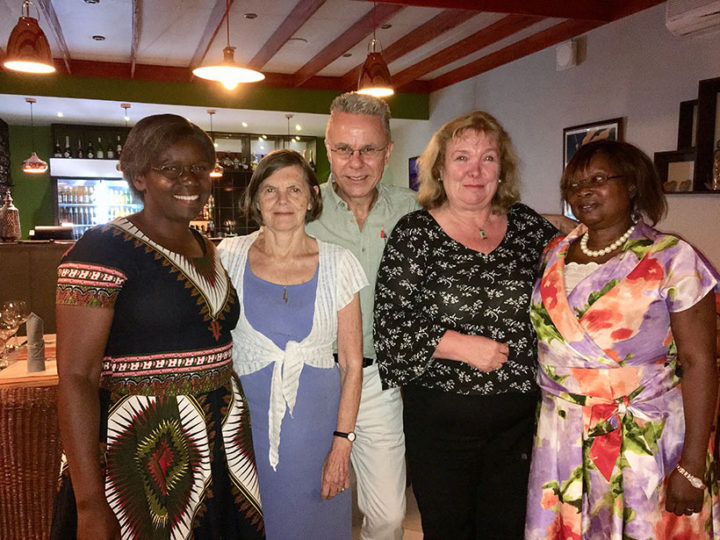