Jeremy Stokes reflects on his challenge of RideLondon100

Jeremy Stokes is cycling Prudential Ride 100 in August this year, in aid of Open Arms Malawi. In his second blog post, he writes about his training for the challenge. 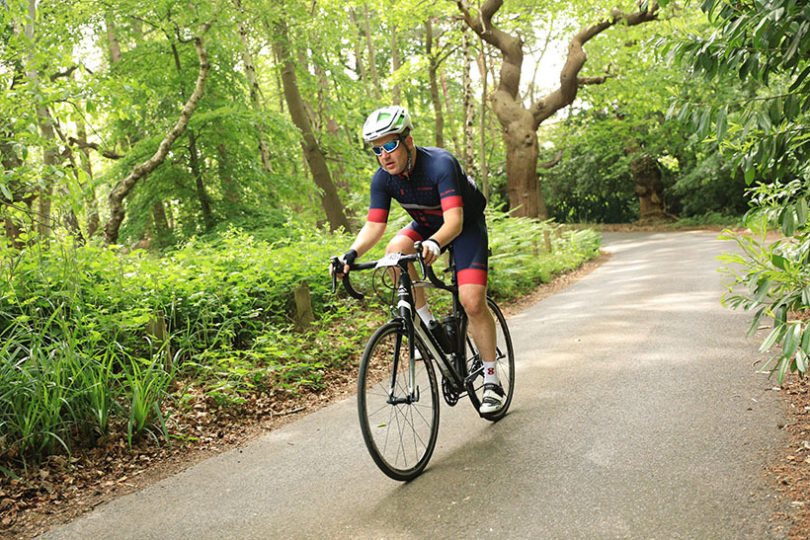 Most people’s reaction when they find out you are going to attempt the 100 miles of Ride London can be rather varied. However, one phrase usually emerges: “I couldn’t possibly do that”. It’s the reaction that I had the first time I thought about tackling a century on two wheels only two years ago. The truth is that  - as evidenced by the wide cross-section of people who take part every year – most people can do it and that if you plan ahead and take a sensible approach then it’s an experience that you can enjoy rather than endure.

Each year, there are skinny racing whippets who speed around in under 5 hours. Let’s set them aside, they’re an exception rather than the rule. Instead most people can expect to spend between 6-8 hours in the saddle. To state the obvious, that’s an extremely long time to spend on a bicycle. You can do a lot in that time. It’s a full working day for some. You can fly from the UK to New York City. Watch the entire two series of ‘Fleabag’. It’s also around the same length of time as the horrendously misjudged best man’s speech that I delivered in my early 20’s.

I digress, but for that length of time you’re going to need to factor in a fair few things.

It doesn’t need to be the most expensive but it does need to be comfortable and you should have spent quite a bit of time on it before the event. Years ago, I borrowed a friend’s bike to ride London to Brighton. The friend in question was somewhat differently proportioned to me and whilst I did complete the course, the next week was a chiropractor’s dream.

Little and often works well for most people. There are plenty of feed stops on the routes but it’s good to have sustenance with you and to get to know what works for you in advance of the event rather than introducing something new to your digestive tract on the day.

You’ve put some miles into your legs before the event

Each year, there are people taking part who’ve not ridden more than half the distance of the event and, needless to say, they never look like they are having a wonderful time. There’s no reason to be intimidated though. You don’t need to have ridden 100 miles before the day but covering in the region of 70-80 miles a couple of times is sensible. You’ll need to build up to that which means starting early and gradually spending more time in the saddle. It also means that you’ll probably need to go out riding on days when the weather isn’t great. Days like the one on which I started typing this out, changed and ready for a ride and waiting desperately for the sky to lighten and the rain that had been falling over night to stop because a 5 hour splash-out isn’t immediately appealing.

I have no cause to complain.

The cyclones that have hit East Africa, including Malawi, this year have been awful (read our update on Cyclone Idai). Flattening homes, flooding low-lying areas, washing away roads, crops, livelihoods. It’s difficult to describe the extent to which all aspects of life in the region have been completely undercut, including the work of Open Arms. So, some localised flooding in Surrey is really nothing for me to complain about. And with that relativity in mind, I’d best head out and swing a leg over my saddle and head out into the sodden, early-summer day.

My fundraising page can be found at: Virgin Money Fundraising