Dalo’s mother was already isolated from her family and community when Dalo was born in November 2014.  She turned up at her local clinic alone with her first-born daughter when she was in labour with Dalo.

This was so unusual that Social Welfare officially recorded it.  Social Welfare found her brother who agreed to look out for his sister and the new baby Dalo as best he could with limited resources and no regular income.  He struggled but eventually the older child was moved into a children’s home.

15 months later Dalo’s Mum was admitted into hospital after becoming ill.  She was living on the streets.  At this point she was assessed as being unable to care for Dalo, and so at 16 months old she arrived at Open Arms.

She was a much older baby than we usually get from Social Welfare but Dalo did well from the start. She arrived malnourished and weak but ate a bowl of biscuits with Mrs Phri and baby Flora in her first hour.  She has never looked back!

Dalo continued to have a good appetite, beautiful smile and developed as she should, enjoying all the new experiences.  She was totally bemused by the paddling pool to start with but over time got used to it and she loved the volunteers and visitors arriving.

Months later, she moved to Harrogate House where she found the older toddlers more exciting, especially the active and enthusiastic Lydie who is now her firm friend. Before long Dalo was a dab hand on the bouncy horse, confident on the slide, and delighted with regular trips to St Andrews where the children go weekly to play in the school’s well-resourced early learning centre. Now one of the oldest children in Harrogate House, the beautiful Dalo is safe and cared for and very much one of the Open Arms family.

Child sponsorship is a way in which supporters can provide a regular monthly gift for a child at Open Arms, and it is this kind of reliable income that gives us the confidence to go beyond the day-to-day; to make decisions and plan for their future.

If you’d like to find out more about sponsoring a baby or child at Open Arms for £25 a month, please contact Judith Rudolph for further information. 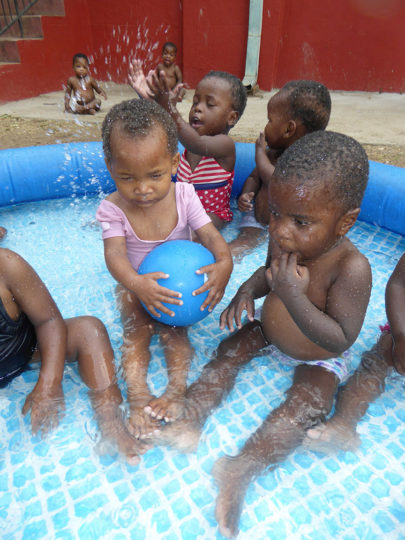 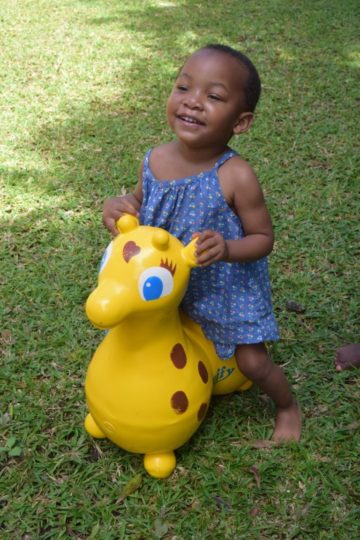 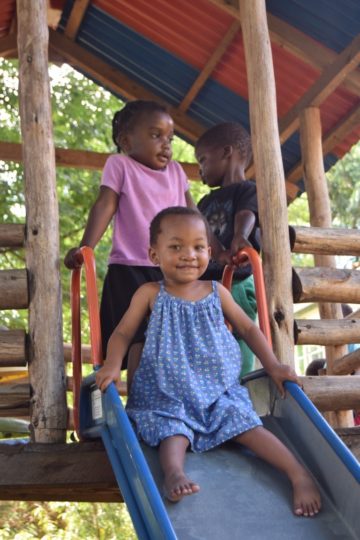 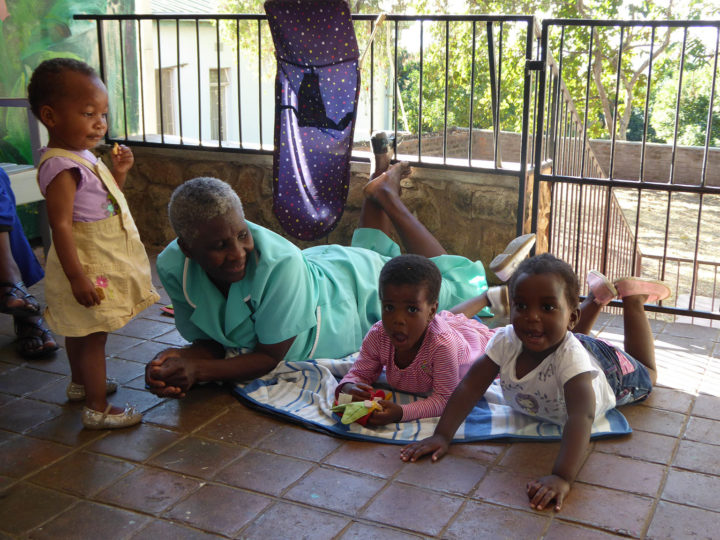