Namalo and Kumanda Nursery Schools, situated in rural areas outside the city of Blantyre, have been busy as we approach the festive season. As children attending the nurseries have never been to school before, they aren’t quite used to rules and staff are working hard to establish some routines. 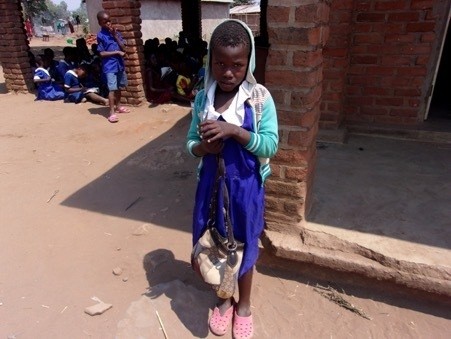 Preschool education offered at nursery schools such as Namalo and Kumanda offers disadvantaged children a fresh start, and a leg-up in life. Praise, pictured above, was born on 3rd August 2010. Less than a month later, on 2nd September, Praise was admitted to Open Arms. Sadly, her mother died of heart failure only four days before, leaving two other children to be cared for by their aunt.

After two years at Open Arms, Praise returned home to be reunited with her siblings and aunt at her home in Namalo, in Blantyre. Following reintegration, Praise attended Namalo Nursery School for three years. She was part of the Open Arms Cash Transfer programme which offers vulnerable families monthly financial and nutritional support. After an assessment by Open Arms last year, however, the family was seen to be stable. As a result, they were gradually weaned off the Cash Transfer programme and are all doing well.

Praise is now in Year 2 of Mwai Primary School and her school reports shows that she is performing very well academically. Her teacher commended her ‘conscientious approach to homework’ which is always completed to a high standard and returned on time.

This September, Kumanda Nursery School enrolled 9 new children and is still expecting more. With 12 having moved onto primary school in July, this brings the current total number of children to 55. They are taught by Lonnie and Miyamiko who have 17 and 9 years of teaching experience respectively. 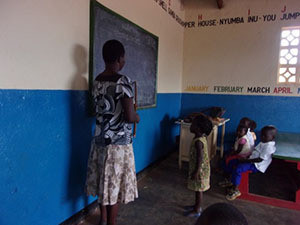 At Namalo Nursery School, 37 new children were enrolled in September. With the 5 who have stayed from the last school year, there are now 42 children at Namalo. Earlier in July, 32 children left to go to primary school.

They are taught by Ivy and Cathy who have 17 and 9 years of teaching experience respectively.

Attendance levels fell a little at the end of October as Southern Malawi was struck by a heatwave, with temperatures often in excess of 40°C. Kumala was worse hit since the area where it is situated, Chileka, is at a lower altitude (700m) than the Bangwe area. 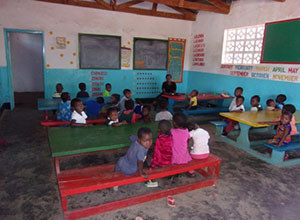 The daily meal of fortified porridge which children receive at the nurseries is very often their only meal of the day. 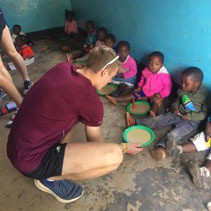 70% of children stop education by the age of 11 in Malawi due to poverty and 54% of toddlers are stunted by malnutrition. By placing education and nutrition side by side, nursery schools established by Open Arms in partnership with local rural communities, are making crucial interventions to improve health and education statistics in Malawi.