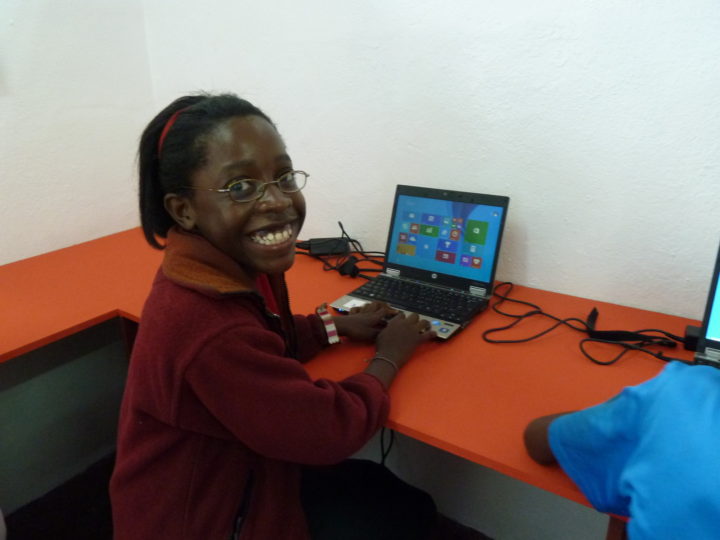 A new computer classroom has been launched for the children of Open Arms Infant Homes. The project started from humble beginnings, when donated computers were used to help a boy named Aubrey who has cerebral palsy gain some literacy skills. The opportunity to impart enhanced IT skills to more children arose when an American company named Travelzoo contacted Open Arms to offer support.

Open Arms Infant Home primarily assists orphaned and vulnerable infants below the age of two, identified by the Social Welfare Department as in special need of assistance, who are later reunited with their relatives. There are some children who cannot return to their families because of problematic circumstances, sometimes because they were abandoned, and these children grow up in a family environment in foster houses outside of the institutional setting. The IT capabilities will complement their education to one day give them an advantage when it is time to enter the workplace.

About eighteen years ago Chris Loughlin, the CEO of Travelzoo, toured Malawi as a young man. He was struck by the warmth and kindness of the people, and saw the challenges that are faced. He had promised he would do something to give back to Malawi, and finally had the opportunity to get his company involved. A map puzzle game was developed called Map the World, which is good fun and as you create the puzzle you see how the countries of the world fit together. The App is available for free on the ITunes store, and users are invited to donate to Open Arms.

In April Travelzoo employees came from the USA and UK to join the builders as they began the construction of the classroom. They got straight to work and mixed cement, tried out bricklaying, and at the Infant Home they helped to feed babies and play with the children. To gain a broader view of what Malawi has to offer they visited a Nursery School in Ndirande which was built by Open Arms, and took a day off to enjoy Majete Game Reserve.

The classroom was completed in time for the new school year, giving twenty five children access to up to date operating systems and programmes, internet access for the whole class and printing facilities, complemented by use of a projector and white board.

The Patrons of Open Arms, Lord and Lady Hope of Craighead, attended the opening ceremony where they could see the classroom in operation. The Teacher is Martin Mussa, a Malawian IT student who has worked with some of the children over the last two years, and he discussed what they have learned so far and the new possibilities available. The IT Teacher from St Andrew’s International Primary School, Charlie McCaulder, advised the setup process and he joined the day’s festivities.

After the classroom demonstration all the children of the foster houses gathered to celebrate, and each house gave a presentation. A special song was composed saying ‘We are the winners’, and the classic gospel song ‘Oh Happy Day’ was given a new twist for the occasion. Some children wondered ‘How does one receive the title of Lord or Lady?’ and came to ask our guests. Lord Hope explained that the title originated in Scotland, where a Judge in Court is addressed as Lord. Lady Hope was a teacher, and added that one has the title of Lady if she is married to a Lord.

The next stop for Lord and Lady Hope was in Chiradzulu, to visit a girl named Miriam Amanu who returned to her family after receiving infant care at Open Arms. Miriam is now twelve years old and lives with her Aunt, but when she first returned to her home village Lord Hope accompanied Senior Matron Rose Phiri on a follow up visit. Mrs Phiri visits children in their home village to monitor their health and development, and Miriam ran up to greet her. It is a good thing that Mrs Phiri is a Nurse, as she could use her mobile medicine kit to dress a wound on Miriam’s head.

For all at Open Arms it was good to see the classroom completed and we look forward to seeing new skills developed for the children in our care. 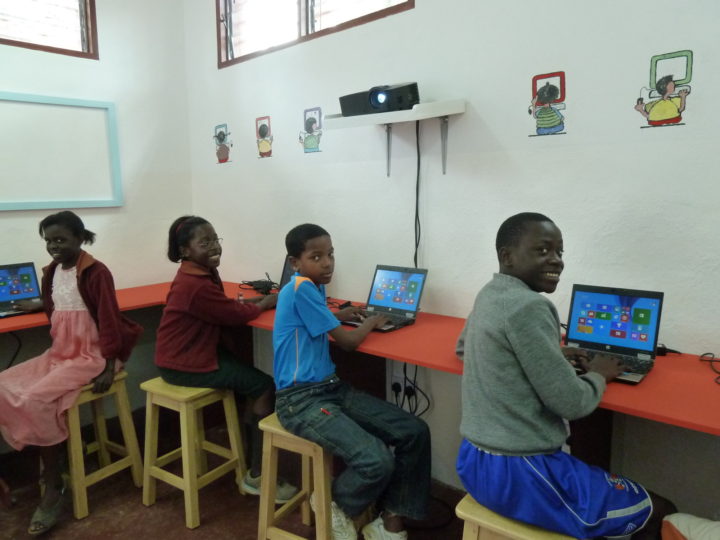