At Open Arms, we work hard to make sure children in Malawi can grow up healthy and supported in a loving family home.

Open Arms exists to make sure babies at risk can survive their early months and years so that they can return home to their families as fit and healthy toddlers. This work is designed to support existing systems in Malawi and to help children and families move towards self-sufficiency, avoiding long term interventions and institutional care.

The sooner a baby can regain their health and return to a nominated guardian from their extended family, the smoother and more successful their transition into family life will be.

Open Arms Infant Homes has been working hard over the past couple of years to bring forward re-integrations wherever possible, which has reduced the average age and number of children being cared for at any one time.

It can be complicated to find the right family member and the team work closely with the District Social Welfare Officers to try and encourage the best solution.

Well before Ibrahim was born, his grandparents moved to Mangochi, close to the Mozambique border, in the hope of finding fertile land and improving their harvests. They met another couple who had moved for the same reason and became good friends.

After some time, Ibrahim’s grandparents decided to cross the border with their family into Mozambique where they believed the land to be even more fertile.

However, one of their daughters stayed in Malawi to help and be informally adopted by the other couple. She attended school, but before finishing she left to marry a local business man. In April 2020, their daughter gave birth to Ibrahim but tragically died eight days later with an undiagnosed illness.

With the whereabouts of his father unknown and no family able to take on his care, Ibrahim was welcomed into Mangochi Infant Home for urgent support whilst Social Welfare worked to locate and nominate a permanent guardian for him to return to.

Growing into a healthy little boy!

Ibrahim responded well to the love, care and nutritional support he received at Open Arms.

When it came time for him to move back to his family, the team were approached by his aunt and her husband from Mozambique. It was clear that his story was not a simple one and the couple were unsure if they would be allowed to take Ibrahim back to Mozambique with them.

Cases like this often take some time to work through and rely on close partnership with the Social Welfare Officers as well as the village leaders, to understand the details of the relations involved. The village headman knew the story of this family well and directed the team to the family who Ibrahim's mother had lived with after her parents moved to Mozambique. 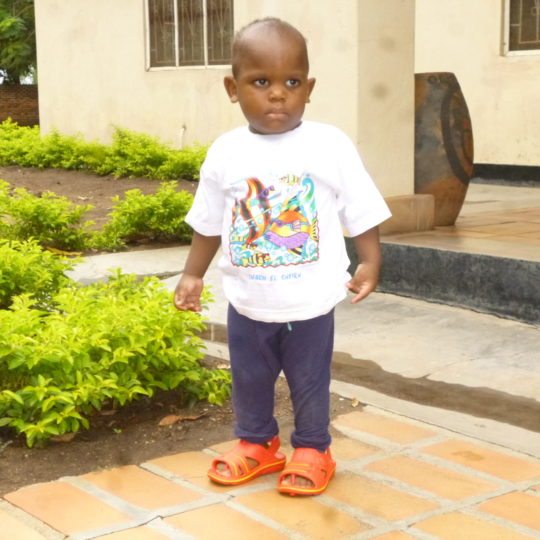 The team visited the couple who listened to Ibrahim’s story, explained their connections and also asked to take on Ibrahim’s care, having had such a close relationship with his mother.

The complicated nature of this story is familiar to the team and is seen in many children’s family circumstances.  Open Arms has no statutory powers to assess designated guardians, as all re-integrations are led by Social Welfare. However, to make sure each child is settled and make sure guardians are supported in taking on the care of an extra child, the team do make assessments before every child moves home. More recently the team have contributed to the process of reintegrating children through their knowledge of the circumstances as well as trusted relationships with the local Social Welfare Officers.

Ibrahim’s story is yet to find its happy ending as his case is still being investigated. For now, he remains safe and cared for at Open Arms and the team keep in touch with his family connections.

The staff will continue to support the District Social Welfare Officers so that a decision can be made before Ibrahim turns two in April.

Once settled in his new home, Ibrahim will be supported by the Open Arms Community Outreach Team to make sure he continues to thrive.

This is just one example of how incredibly hard the Open Arms Infant Homes team in Malawi work to make sure vulnerable children like Ibrahim can grow and thrive in the right environment, giving them the best chance of a brighter future.

If you are able to, please give now to support this crucial work. 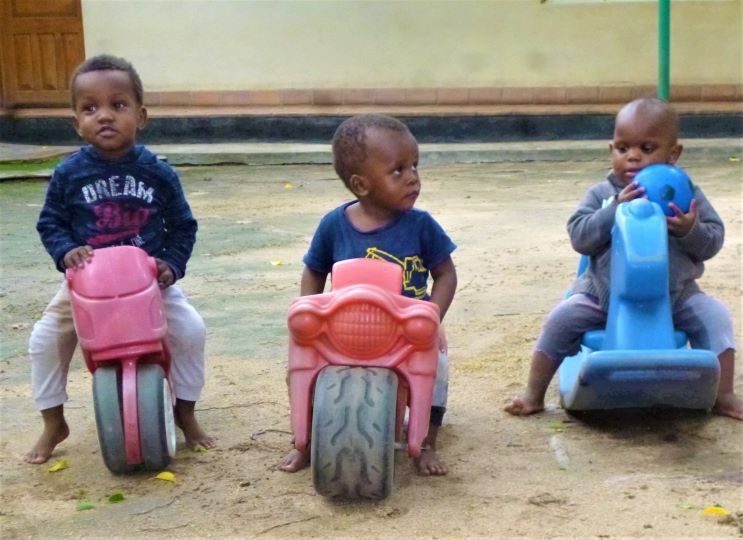