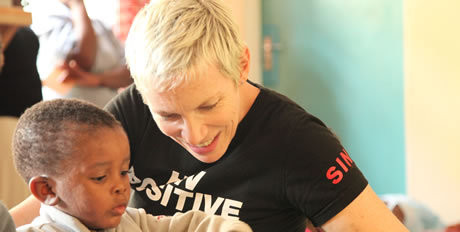 Annie’s House was made possible by funding from the Annie Lennox SING campaign, following Annie’s visit to Open Arms in 2011. Edinburgh’s Stewart’s Melville College support Annie’s House and visit each year as part of an annual expedition to Malawi.

It is our fifth foster House and is home to four children and their foster family.  It gives Julita, Joseph, Ruth and Mtendere the chance to live healthy, happy lives with the support of house mother Chrissy and her son Chiku.

When Annie Lennox visited Open Arms in May 2011, she was led around the home by Joe. His little sister, Ruth, was also at Open Arms, but a few years his junior.She was not ready to move with him when Joe moved into Rosemarie’s House to start primary school, and so they had been temporarily living apart. We are DELIGHTED that the opening of Annie’s house means that Joe and Ruth will be reunited, and grow up as brother and sister in the same house. This makes the creation of Annie’s house even more special.

While some of the children are HIV positive, they get the medicines and care they need to live a normal life with their family. The children love to play football and they love to dance!

Annie’s House has a swing and slide that make them very popular with the neighbourhood children!

All of the foster children at Open Arms know each other well. And in choosing the location of Annie’s house we were careful to ensure that it was very close to the other houses. (it is less than ½ a mile away). 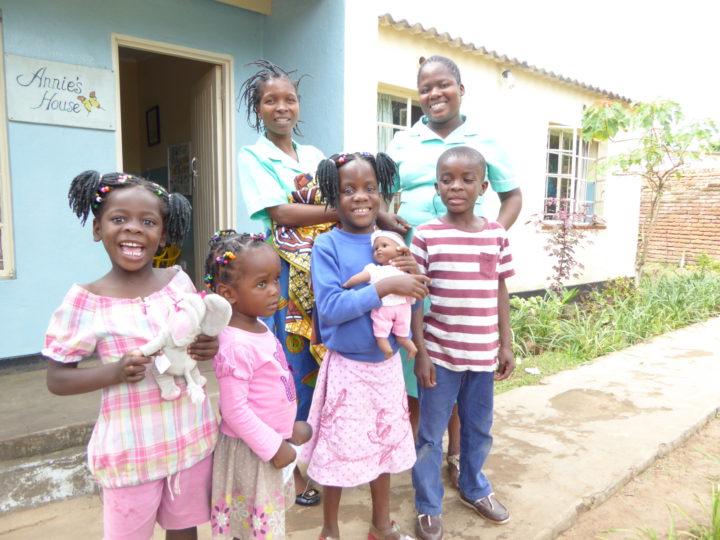 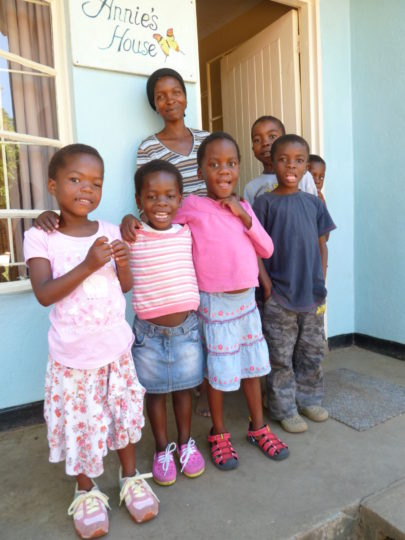 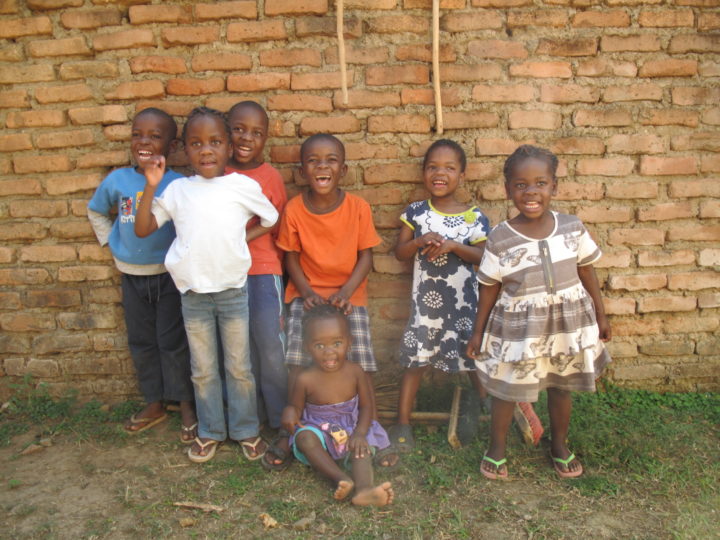 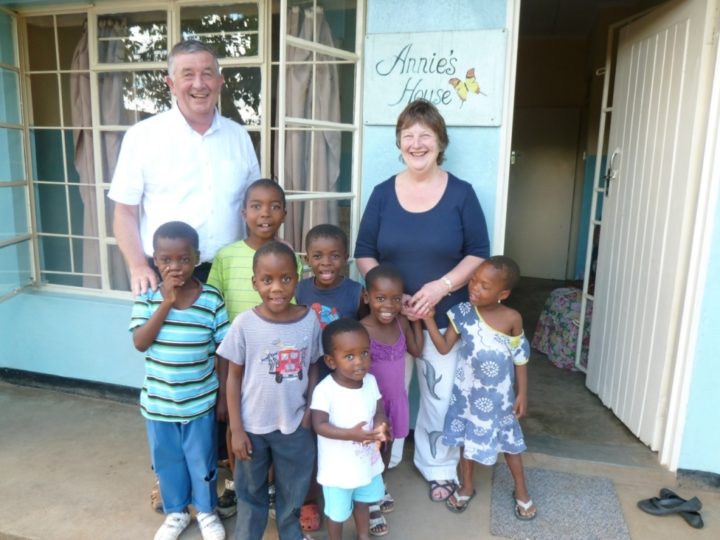 Ruth and her older brother Joseph were admitted to Open Arms on 12th July 2010. Joseph was estimated to be 4 years old, and Ruth was about four months old. Their guardian was a girl of 15 years of age, their cousin, who was staying with a person who was trying to help. There was a government initiative to assist child-headed households so Social Welfare was contacted to help. They needed a home for Joseph and Ruth and brought them to Open Arms.

Joseph adjusted quickly, and within minutes of arriving had found a toy truck which he happily pushed around. Ruth had some initial health issues which were treated during regular stays at the Central Hospital, but after a few months she became the healthy and active child she is now. Their cousin visited a few times after their admission, but we have not seen her since 2011.

In 2011 Joseph was ready to begin Primary School so he moved into Rosemarie’s house. Ruth remained in Harrogate House on the Open Arms campus as there was not enough room for both of them. At Harrogate House she joined in with the Nursery School, and visited her brother to keep in touch.

In December 2012 Open Arms opened our fifth Foster House, named after Annie Lennox who provided a grant to purchase the property. Joseph and Ruth were reunited and Annie’s House became their home. They have a strong bond and Joseph enjoys looking out for his little sister. They are both strong characters: Joseph makes his mark on the football pitch, and Ruth is a lively dancer.