With one of the most infectious smiles in Blantyre, you could hardly imagine how life started out for Joseph. He was found abandoned on a hillside early last year. When social welfare took him into hospital staff found bruising on his neck and sores in his mouth suggesting that he had been poisoned before being abandoned. 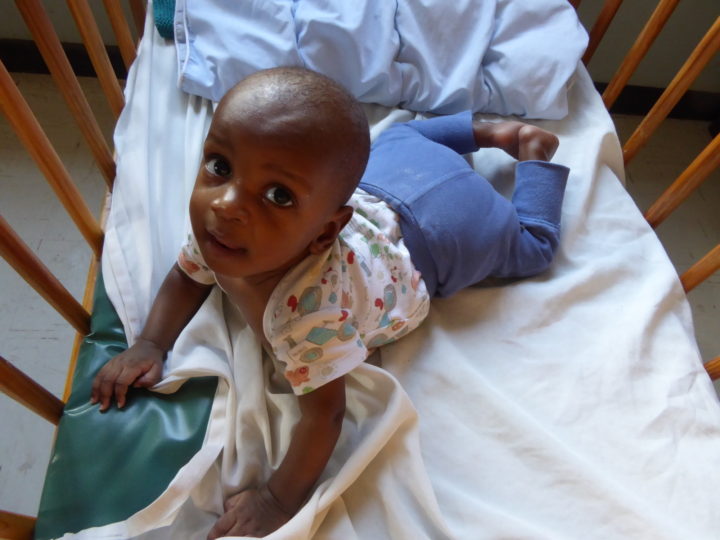 You can’t begin to imagine the circumstances that he was born into. And we will never know exactly what happened to him, but it is certain that he had a very tough start to his little life and he was lucky to survive through his first few weeks. Doctors estimated his birthday as 20th March, meaning that this little boy will soon reach the huge milestone of his first birthday.

He arrived with us at Open Arms on 27th April weighing a tiny 2.78 kg. At first, staff had to be very patient when feeding him as they suspected that the lining of his stomach was harmed. He was kept under constant close watch as he really struggled to put on weight.

It took a long time, but he finally started to take to his food. A baby has usually doubled their birth weight by five months, but it took Joseph just about eight months of care and support to get there. It was a great relief to see him developing. At around the same time, he started to sit up and grab at things and really take an interest in the world around him. He still loves being around people and finds fascination in everything.

At nearly one year old Joseph is a very charming little man. He is engaging and confident with visitors and enjoys making people smile. He is now weighing in at over 7kgs and enjoys tucking into his porridge as much as his peers!

Care and support is vital

Even though he is doing so well, we were given a stark reminder of just how vulnerable he still is when he became unwell just before Christmas. He was taken to the hospital and had to stay there for treatment. As Joseph has no known relatives our staff, Martha and Judith took it in turns to stay with him round the clock.

It was great to see him finally discharged and returned back to us. But even then it was a slow recovery for him as he was put on a special dietary program to support his nutrition and immunity. Staff took him to a special clinic for his supplements every week.

As you can imagine, it was a long couple of weeks for his carers, but the close monitoring and additional dietary support has worked. Joseph looks really well; he has reverted back to his beaming, sociable self again. He is a lovely little character to have around the home, and we look forward to watching him grow and sharing his progress with you. 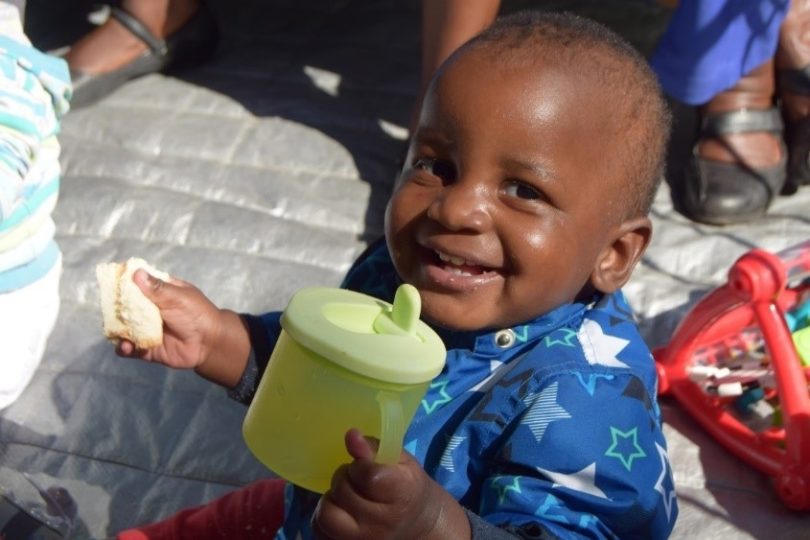