Boyce came to Open Arms in November 2011. He arrived at just 6 months old and had lost his mother, contracted chicken pox and was only a gram or two above his birth weight. 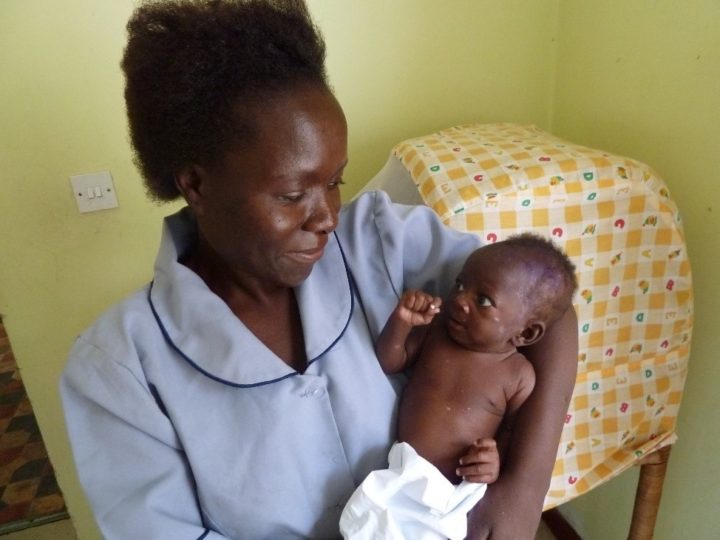 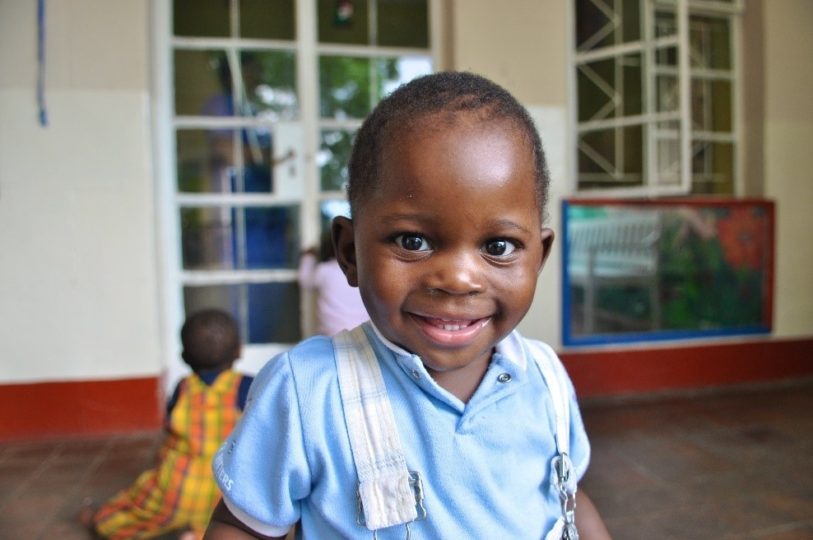 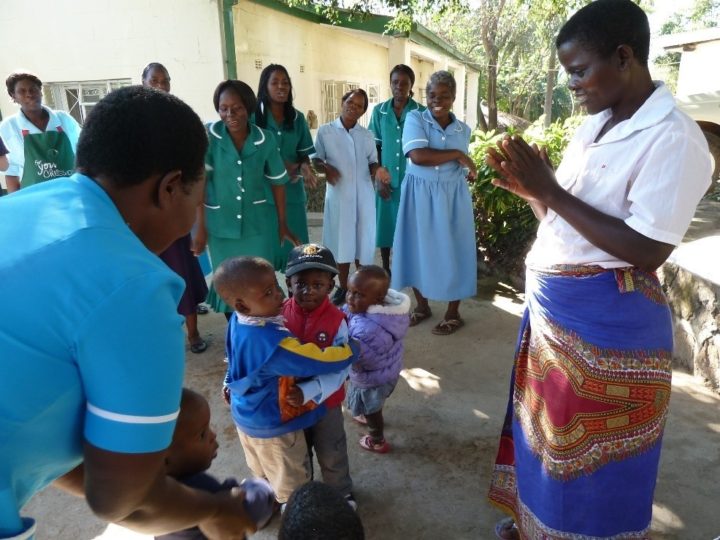 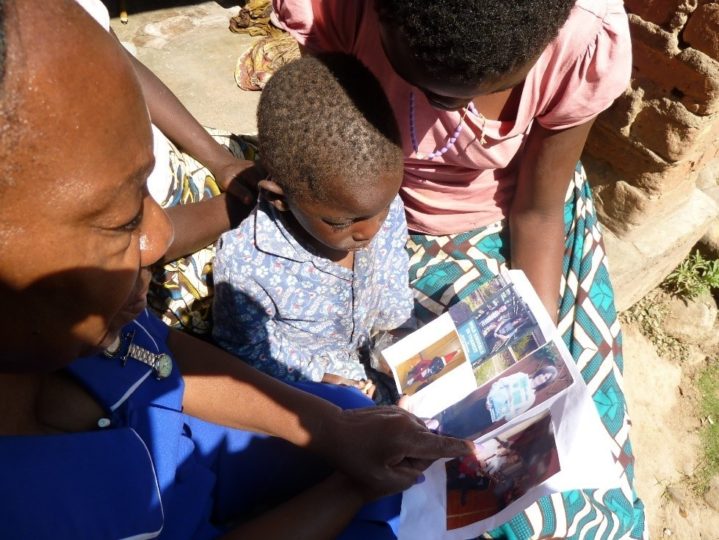 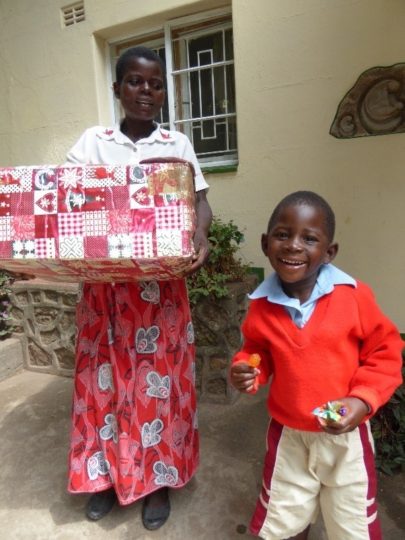 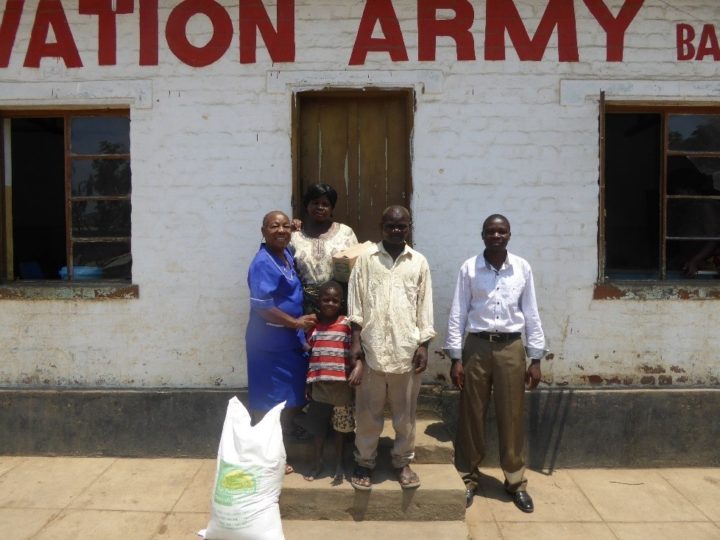 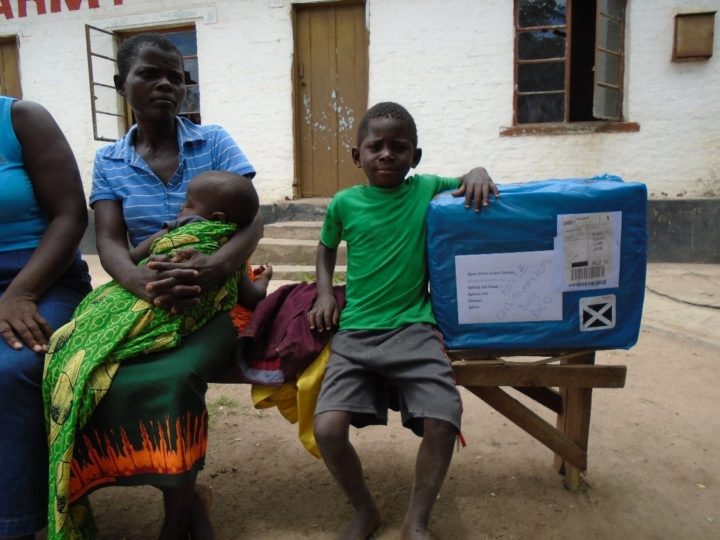 His father, who lived in a rural village 60km from Blantyre, sought help because he, like many other subsistence farming families, was struggling to cope financially and had three older children to care for.

Returning to his family

In 2014, at the age of 2 years and 8 months, a happy and well nourished Boyce was reintegrated back with his family. He went to live with his Aunt in Blantyre, as his father still had no regular income and felt that was the best arrangement.
It is important that Open Arms is available to support children even after they leave the home as life is rarely straightforward in Malawi. By visits to Boyce’s Aunt you could see that she loved him dearly, but needed financial support to keep him nourished and for him to attend nursery.

Open Arms sought support for Boyce, and Cameron Hoey aged just 13 took on that responsibility through various fundraising activities, Cameron, now 15, still does chores to raise funds. Cameron says “I started sponsoring Boyce because my sister was going to Malawi to work with Open Arms and other projects for a few weeks over the summer in 2014 and I wanted to help and get involved. We had been fund raising for over a year and I just wanted to make a small difference too. It’s doesn’t cost much, less than a visit to the cinema with my friends and all I have to do is give about 20 mins on a Wednesday and Thursday to cover his sponsorship. We started a big book with all of the pictures and updates from Open Arms and just keep adding to it. It’s great to see the difference over the past 3 years. We have a picture of Boyce with my sister Megan on her visit from 2014 and every picture and update we have saved since then. Hopefully we will be able to follow Boyce through the years and maybe help so he can stay longer at school than the average child in his area.”

Cameron has raised over £2000 in additional funds for Open Arms, which helps give other vulnerable children like Boyce a second chance at life.

The Open Arms Cash Transfer Scheme is available to children that have moved back to their families but need some additional help. Children are selected very carefully by our Matrons to make sure that funds are used in the best possible way. Money is collected by the child and their guardian on a monthly basis from the Infant Homes, this allows a child’s welfare and circumstances to be continuously monitored.

Mrs Phiri, Senior Matron in charge of Outreach, is often found giving advice on minor illnesses and nutrition, which these families would struggle to get otherwise. Boyce would arrive each month smartly dressed in his school jumper as his aunt reported on how the family were. The chance to take photos and collect updates directly from the family means that Cameron can see the impact of his fundraising and how valuable it is.

A new home for Boyce

In October 2016 no-one turned up for Boyce’s cash transfer collection. Mrs Phiri, was quick to visit Boyce’s family and discovered that he had moved back to live with his father. His Aunt had remarried and sadly Boyce was no longer welcome there.

He is now living with his father, who is working as a night guard in Blantyre. His life is not without its struggles and work can be unpredictable and low paid, so the assistance that the Open Arm’s Cash Transfer provides helps to support Boyce’s basic nutrition and access to education but also allows regular checks on his health and wellbeing.

Can you help secure the future of a vulnerable child?

The Cash Transfer Scheme is a £15 a month, which gives the most vulnerable children the very basic support they need to live in their communities. We rely on your generosity and support to be able to offer this scheme and have many children who need sponsoring.